At Kristin school, many times a week, a bunch of 11 to 18 year olds get together to create robots. Then, on occasion, we take others on in a competition. We believe in the journey, and not the success - we have a lot of fun getting there.

Established in 2008, we are a rapidly growing robotics team who compete in the NZ VEX Robotics Competition. We now have teams in both the Middle School and High School sections of the competition to give as many students the experience robotics has to offer as possible. The team has, as its core values, excellence and gracious professionalism to help build a strong competitive team. 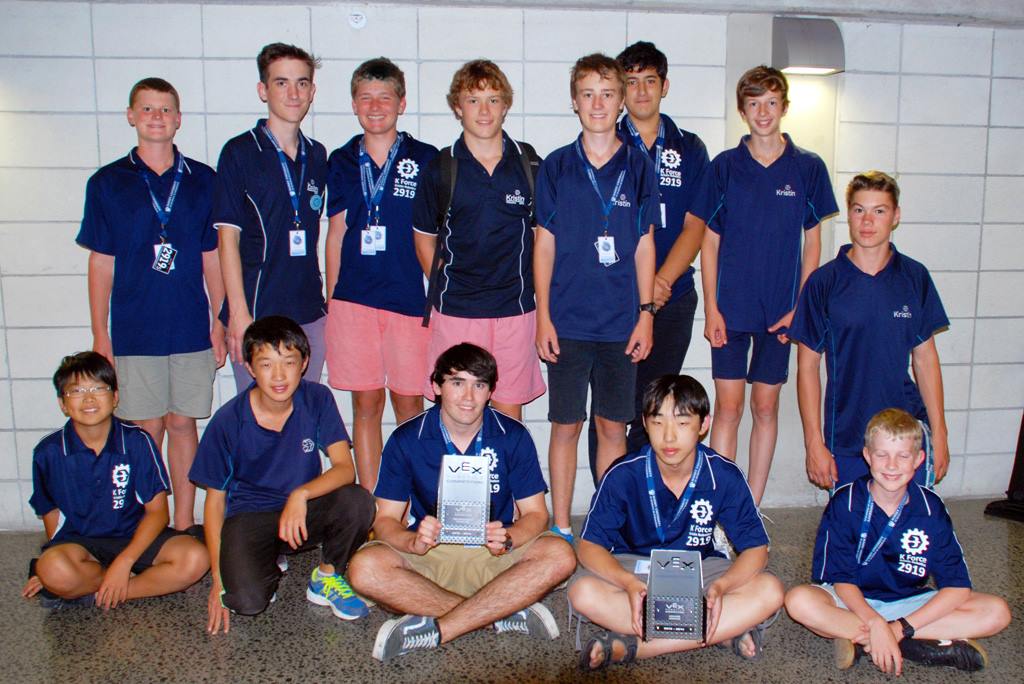 It is a common misconception that robotics is all about, well, the robots. While we do enjoy building robots and competing with them, the experience goes much further than that. We are always using robotics to meet new people, show others really interesting things and learn about the world around us.

People find robots really interesting, that's how we can attract so many team members. There are many that find them interesting but don't want to spend hours and hours building them. That's fair enough, they take a lot of hard work to create. We take lots of opportunities to put our work on display so others can see them, even drive them if they want to. It's a really good way of getting the word of robotics out there, inspiring other students and just showing people something cool. This has taken us to different events, conferences in and out of the city and even the country. 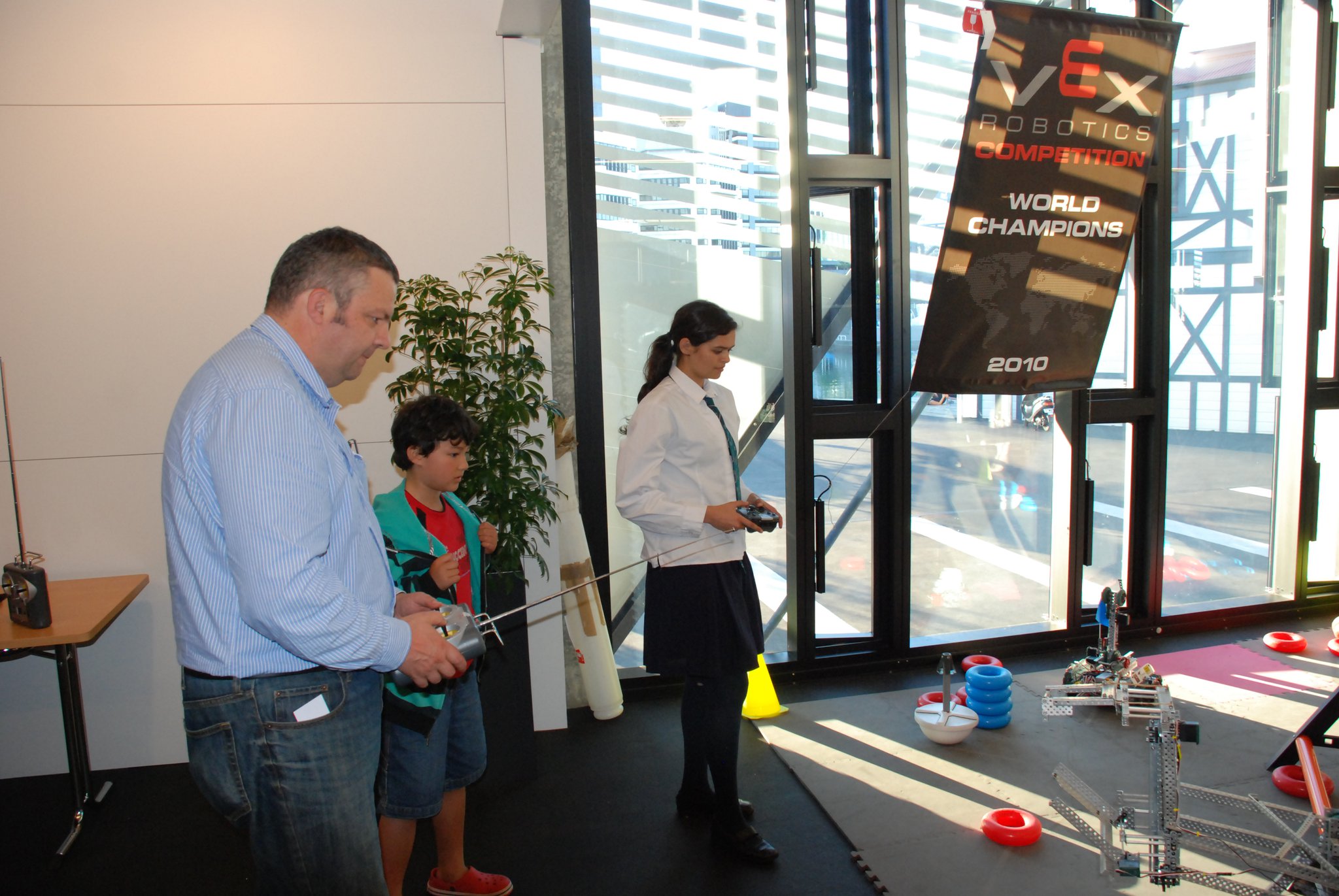 This adventure benefits both the students and those seeing the robots. K Force students do get amazing opportunities to see their country and the world around them. The most ambitious goal, of course going to the World Championships in April. We have been a number of times, and have even taken the champion title in 2010. Every year we strive to get that qualifying position, and every year we do end up going is a blast. A stressful, tear-inducing, hectic blast. 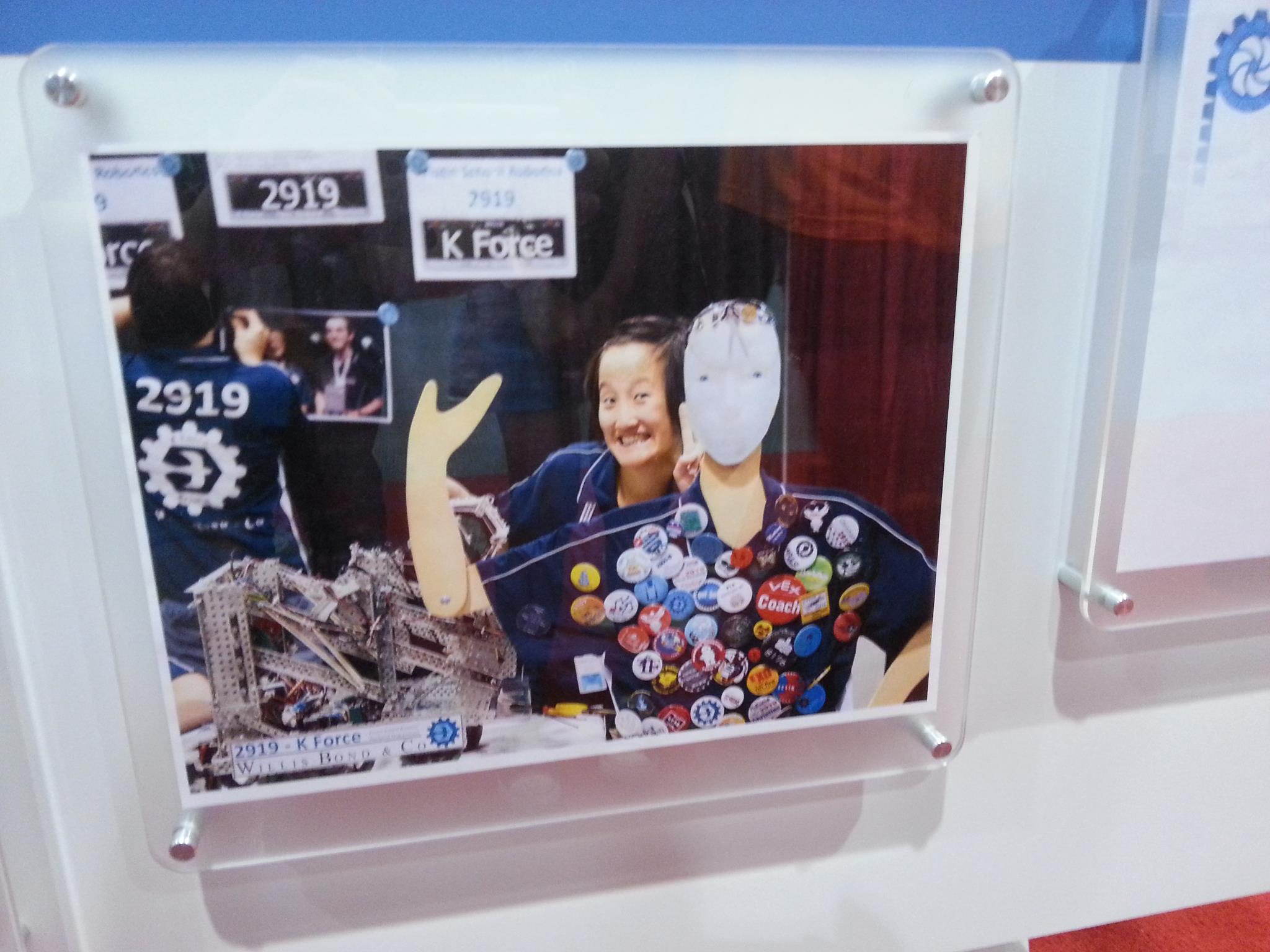 Year to year, we strive to be bigger and better. So far, we have come such a long way from a few people smashing bits of metal together in a workshop. We are truly a team, working together and moving towards a brighter, technological future.